Dramatis Personae
Aysella Shinjitai aka Marionette (played by +Ann LS): a telekinetic who can detect Kyberian Energy, and boost or dampen other metahuman powers.
Hobs Ini-Herit aka The Alchemist (played by +Christian Gelacio): a straight-up matter controller with super-strength and devastating good looks.
Roth Reynard aka Red Zone (played by +Troy Loy): a super-genius with flame powers and a fear of heights.
Samuel Donick aka RePlay (played by +Curtis Johnston): A telepath who can do your standard mind-tricks, but is exceptionally good at altering memories.
Jacob C. Wikvaya aka Shaman (played by +Thomas Phelps): A plant, animal, and weather-controller. Also a criminal-mastermind (but not by choice).

Sarah “Ras” Rasmussen aka Suicide Girl (NPC Ally): Girl with a deathwish. Gained superhuman powers after Aysella tried to save her from her wounds. This awakened her dormant abilities. Superhumanly strong, tough, and capable of extreme regeneration.
Severus U. “Sue” Edgeworth (NPC Ally): Young angry man. “Super-normal” who’s insanely good at hand-to-hand combat, infiltration, and other spy/military skills. What kind of name is Sue? It’s the one he gave himself. Mock it at your own risk.

The PCs and the the rest of their sensor classmates end up at the Sun-Green Holdings satellite office and financial wing on the 46th floor of the World Trade Center’s south tower. The students are paying attention as best they can when the building is rocked by an explosion. The other students scream and the teacher (Mr. Markowitz) has enough of a head on his shoulders that they rush off toward the elevators to head down immediately. The PCs linger at the windows and watch as the plane and building become a towering inferno. Hobs hands Ras several firehouses tied to one another.
Ras gets a running start and leaps across to the north tower with the hose, her body impacting the glass window and shattering it. She ties it off and makes it taut and then Hobs turns it from rubber to steel so there is a makeshift beam. He then slings Samuel and Roth onto his back and runs across using his control over matter to adhere to the surface. Jacob stays in the south tower and begins calling up the plants to do his bidding from far below. He grows the plants thick to create a canopy for those below to be sheltered from the destruction from above. Aysella and Sue run across the steel beam after the other two, balancing themselves with sheer nerve.

Hobs makes it across and puts both Roth and Samuel down. He begins converting the water in the sprinkler system to liquid fire-retardant (Aysella’s player uses her powers to boost his abilities so he can affect a whopping 80 gallons of material at a time). This makes it so that the lower floors have a harder time catching fire and giving people more time to escape. Roth extinguishes fires in huge swathes as he moves forward (using hie ability to detect the hottest fires and dealing with those first) with Samuel who uses his abilities to detect the still living minds of those trapped in the blaze. Sue and Roth begin freeing people from the places they are trapped in (either by fire or debris). Outside, Jacob finishes growing the massive canopy and controls the plants to bring him across and then to pull the people they’ve helped down and out of the tower. 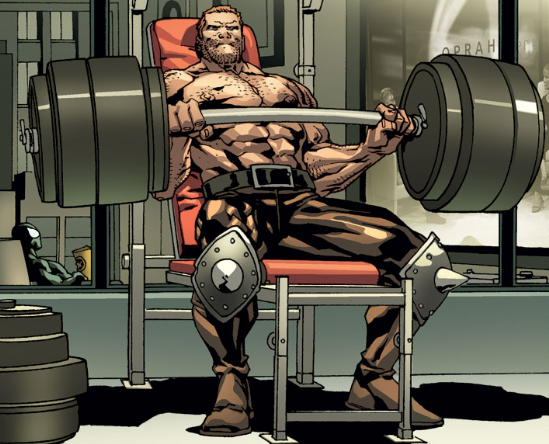 Hobs uses his massive strength to remove debris and when that fails simply disintegrates it or phase through it. Aysella uses her TK to pull debris off of people or use the fire-retardant foam to dose it rapidly. The PCs go on and on, floor after floor, pulling out people who can be saved and dampening the fire as they go. Eventually, they hear screaming in Arabic (which Hobs translates as “The Americans are on the roof!”) and the PCs head up the stairs. They hear gunfire next and slip into the stairwell. Sue, Aysella, and Samuel sneak past the gunmen in the lobby of a law firm. Hobs, Jacob, Roth, and Ras remain behind as the two groups work out a pincer attack. They all spot a man in white “leaking” smoke and fire in the lobby area.

Hobs chokes out one of the gunmen, while Jacob throws down some seeds and causes the plants to grow rapidly and bind several of the gunmen. Roth activates his heat sight again and uses that to target the gunmen with his powers after summoning a “pseudo-elemental.”

Sue, Aysella, and Samuel head around the other direction and come across two men in American military uniforms firing at the Arab gunmen. One of them is badly injure and faints. Samuel rushes forward with his hands up shouting “I can help! I’m American!” and tends to the wounded soldier. The soldier’s explain that they got separated from the rest of their unit and that the Djinn (the man in white at the entrance) had managed to phase in a bunch of his subordinates. Asyella suecpts they were looking for something and when she asks, the soldier (who introduced himself as “Trub” and his partner as “Snarf”) needs to get to the roof with the package they took from the terrorists.

Back with the others, the Djinn causes the vines Jacob used to burst into flame as he turned “smoky” (in GURPS terms he has a Body of Smoke meta-trait along with Alternate Form). The four teens take out the other terrorists quickly (though non-lethally except for one who was shot by Jacob in the knee. Apparently. Shooting people in the leg in Aeon means they die. Weird). The Djinn explodes in flame, but Roth uses his own fire controlling powers to dampen him to the point that the other PCs can get in close and knock him out (though he does lose an eye to Roth).

Gathering up the terrorists and the wounded soldier, the PCs make their way up to the roof where they see a helicopter taking off. Not willing to leave even these mass-murdering scum to a sure death they head over to the north tower as before (using a transmuted length of firehose) and pull everyone there. The soldiers tell them to get of the building ASAP and wait for an evac from their people. Shaking hands with the PCs Trub tells them they saved his life and to look him up “…in Arkansas sometime.” The PCs head down the north tower through various methods, but by now, people are jumping from the south tower. A force field appears under some to save them (note, this is the Commander using his powers to try and help). Aysella uses her own TK and her boosting abilities to make it bigger (this causes the Commander to pass out above and his prisoner, “the Combustible Man” to fall from the vehicle where he promptly explodes mid-air and reforms elsewhere). Jacob uses his abilities to provide ladders and “slides” for many of the trapped victims. Jacob unlocks his ability to control weather and causes it to rain to minimize the dust from the blasts as the second tower is hit by another plane. Thousands die. Thousands are are hurt, but it could have been worse. (in Aeon, the casualties are almost 20% less for the attack and 40% for the after effects)

Many other acts of heroism and valor are performed that day and people are publically thinking these “super-powered heroes.”Aysella realizes this is not the right time and boosts Samuel who then wipes the minds of everyone in the city who saw them, the helicopter and ops team, the vines, and anything their powers did except for the force fields (which were latter attributed to the Commander). Instead, the PCs (along with the members of their class trip) helped in more mundane ways at Ground Zero. Afterward, the PCs make a pact to never let something like this happen again. Someone must watch out for the others they argued. Someone must be a sentry to America (and the world in general). They vow never to speak of their actions to others on that day and instead move forward with the idea that maybe they could make a difference.

This play session was filled with a lot of emotion. It was a touchy subject and somehow we got through it without arguments. To say it was one of the most visceral game sessions I’ve ever ran is an understatement. We had to stop the game several minutes at a time so we could slog through the scenes. Still, it was some high-octane gaming and the ending was something we could all vicariously get behind: being able to do something at that horrific event.

The players really got to using their powers creatively and  collaboratively. As a GM this delighted me because that’s exactly what supers do in fiction. Chris’s clever use of Hob’s matter control was outstanding. As was Tom and Ani’s plant control and TK respectively. I hope the trend continues.

One thing that did occur to me during this game was a “Power!” Wildcard skill that completely replaces a Power Talent. It’ll need some other bonuses – maybe bonuses to Power Defenses and/or access to some other traits that I’ve put in “Unusual Background” territory.